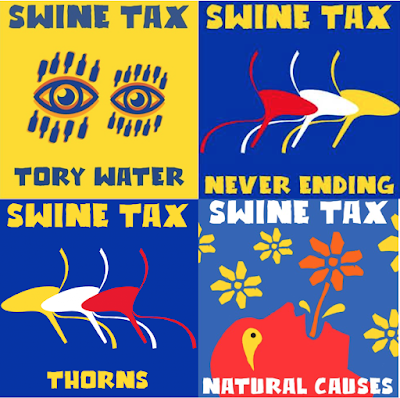 One of my most favourite local bands is the one and only Swine Tax. Their lively songs of political aggression and energy, bursted proudly on to the North East music scene at the beginning of last year and they have really been non-stop since, performing their ‘Swine Trax’ at so many classic intimate venues in Newcastle. If you were at Hit the North this year, then you may have been able to see the band live at Think Tank, where they performed an incredible set that impressed a whole audience who bounced along to every song.
Recently, Swine Tax released some brilliant new music that revealed how much the band has progressed since their first Spotify release “Brittle” in June 2017. The songs ‘Natural Causes’, ‘Tory Water’, ‘Thorns’ and my personal favourite ‘Never Ending’ which were individually released, and show so much promise for the band.
The new releases have really impressed me and I’m so glad to see so much development in a fantastically composited local band, who I’ve had the pleasure of seeing live on more than one occasion. 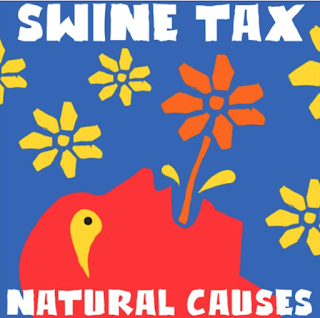 ‘Natural Causes’
‘Natural Causes’ was perhaps one of the more abstract, defining songs out of the four releases of 2018 as it is ridiculously packed with energy. I got so excited when I first listened, as its such an explosive piece of music. You can really picture the song being performed live and how if you were an audience member the only thing you'd want to do is bounce around.
I also have to say that the song has been recorded very well and all post production shows signs of an immense amount of effort.
Complete with powerful, Punchy drums and samples that really define the mysterious aura of the piece, the song is one of Swine Tax’s finest — a great track that they should be so proud of.
Not to mention, the artwork for this piece is simple but great. Im a big fan!

‘Thorns’
‘Thorns’ is one of those songs that you just immediately fall in love with. It’s one of the bands more delicate pieces of music, and is just such an enjoyable track. The song’s bittersweet lyrics and marvellous guitar riffs will really just blow you away. Again, a really well written and recorded piece of music that has been mixed very well.

‘Never Ending’
‘Never Ending’ is currently my favourite Swine Tax song to date (I say that knowing that the lads will most likely bring out another amazing track in the near future that will make me change my mind). To start, the song is beautifully written and contains a really powerful, moving sample that really just adds to the optimistic feeling of the song. “Never Ending” really just packs an emotional punch and will have you feeling, well, pretty much everything. I’d like to say this song makes me think of ‘Death Cab for Cutie’, ‘The Cure’ and ‘Public Service Broadcasting’, but in reality Swine Tax have really developed their own sound that stands so far out among the rest. I can’t wait for the next Swine Tax gig so I can see this one live!

‘Tory Water’
I can only say that this song is what the British nation needs right now.
‘Tory Water’ is a track thats fuelled by unapologetic political aggression and abrasive energy with obscene references to the modern British youth culture that so many will love to hear in such an alive piece of music. I love this track and I really believe its completely demolished the mould for Swine Tax — even if it is a well-needed big ‘F*** you’ to today’s music industry.


The rebellious track is stuffed more than a tory politician's pocket with studio tricks and techniques that will no doubt blow any listener away and is delivered with ungovernable passion from a band who truly deliver their thoughts with attitude. 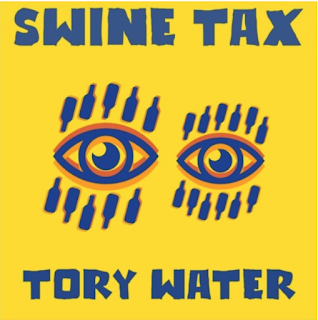 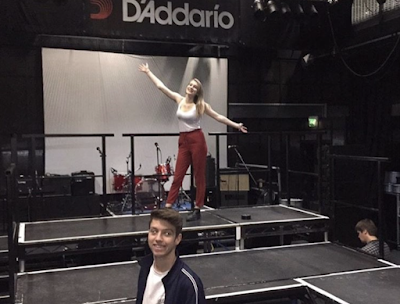 Abby Hillyer
My name is Abby. Im 18 years old and I created this blog to let you all know about my life and what goes on within it. I'm studying Music Production, and wanted to give the world an insight as to what it is like to be a woman in the music industry. So, here we are and I hope you enjoy.